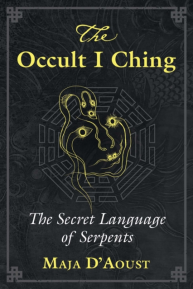 Genre: The I Ching

Genre: The I Ching

Other ebooks releases by Maja D'Aoust