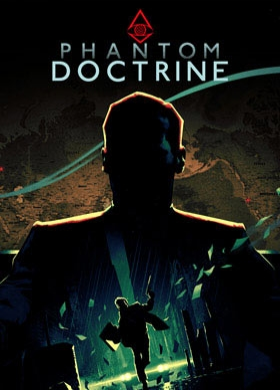 NOTICE: Activation key must be used on a valid Steam account. Requires internet connection. About the game The year is 1983. The world teeters on the verge of destruction as the Cold War tightens its icy grip. East or West: trust no one, question everything. The fate of humanity rests in your hands as you pit spy versus spy in Phantom Doctrine. Phantom Doctrine is a strategic turn-based … espionage thriller set at the peak of the Cold War. Drawing on a wide variety of influences and capturing the subtle intrigue of classic spy films, the game thrust the player into a mysterious world of covert operations, counterintelligence, conspiracy and paranoia. As the leader of a secret organization known only as The Cabal, you are charged with preventing a global conspiracy that seeks to pit leader against leader, and nation against nation. By carrying out secret missions, investigating classified files, and interrogating enemy agents, a sinister plot is uncovered. With the clock ticking, it must be thwarted in order to save the world from an unthinkable fate. Key Features A Deep Single-Player Story Campaign: the 40+ hour single-player campaign mode features a rich, gripping plot woven with numerous historical events and characters to bring the terrifying reality of the Cold War to life from a unique perspective. Next-generation turn-based combat: offers unprecedented flexibility of movement and actions, including variable Overwatch modes and assault-oriented Breach ability. Expanded battlefield: assets can be positioned around the world, enabling you to call for assistance in the heat of battle. But the enemy can also bring in reinforcements, including heavy weapons and even air support. Don’t bring a knife to a gunfight. Knowledge is power: Improve your chances of success by infiltrating mission locations with undercover operatives. Attempt to stay one step ahead of enemy agents, who are also preparing to spring their own devious traps. Lurk in the shadows with fully-fledged stealth gameplay: Clandestine operations can be completed with suppressed weapons, silent takedowns and cutting edge Cold War technology. Take charge of the crucial counterintelligence operation: Recruit from both the KGB and the CIA, the criminal fraternity, or even utilise the unique talents of subjects of secret government experiments. Weapons, resources and contacts can be secured around the globe, enabling you to command from afar. But if the situation requires a hands-on approach, you will be locked, loaded and ready to fight. Innovative Investigation Board: Utilizing a classic pinboard and string approach, the Investigation Board is the hub from where cases, locations and individuals can be researched to reveal new missions, resources and technologies. In Phantom Doctrine, investigation and intel is an active and vital element of success. Multiplayer Battles: lose friends and make new enemies in ruthless online multiplayer matches. Experience the deviousness and lethality of Phantom Doctrine in easily-accessible and action-packed 1v1 skirmishes. Utilize ruthless Technology: New capabilities can either be stolen from the enemy or researched yourself, and then ruthlessly used to your advantage. Often experimental and morally dubious, brainwashing, interrogation, body engineering and chemical enhancement are all fair game as you extract information by any means necessary. Fully customizable character creation: Operatives can be customized each time they need a new identity. Change their appearance, forge their documents, train them in the deadly arts and send them back into the field. Carefully Designed handcrafted levels: The combination of large, handcrafted maps and meticulous, smart design ensures great visual and gameplay variety. Travel the world of the 1980s in the grip of the Cold War on both sides of the Iron Curtain. Replayable modular campaign: a wide array of mechanics ensures markedly different playthroughs. A unique experience is guaranteed by randomly generated character names and backgrounds, algorithmically populated and adapted maps, and randomized intelligence snippets. A spy thriller from two different points of view: Play as either a former KGB counterintelligence operative or a renegade CIA wet work commando. Each has to come to terms with the truth and challenge the global conspiracy. Complete the campaign to be rewarded with an additional protagonist in Extended Playthrough. No mission is too big or too small: whether infiltrating a busy government facility to surgically assassinate a target, or mounting a full frontal assault on an enemy base. With a plethora of optional objectives, additional loot and intelligence to collect, it is only up to you how complex each mission will be. Your decisions make all the difference. System Requirements Windows - Minimum Requires a 64-bit processor and operating system OS: Windows 7 / 8 / 8.1 / 10 Processor: Intel Core i3-2100 / AMD Phenom II X4 965 or equivalent Memory: 6 GB RAM Graphics: GeForce GTX 550 Ti / Intel HD 620 / Radeon HD 5770 DirectX: Version 11 Storage: 35 GB available space Additional Notes: Online connection required for Multiplayer Windows - Recommended Requires a 64-bit processor and operating system OS: Windows 10 Processor: Intel Core i5-4670K / AMD FX-8320 or equivalent Memory: 16 GB RAM Graphics: GeForce GTX 960 / Radeon R9 290X Additional Notes: Online connection required for Multiplayer