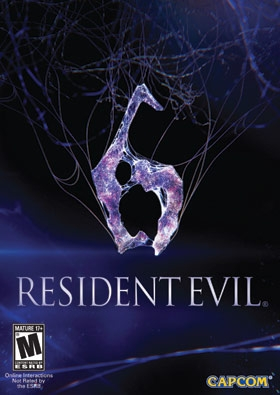 NOTICE: Activation key must be used on a valid Steam account. Requires internet connection.About The GameBlending action and survival horror, Resident Evil 6 promises to be the dramatic horror experience of 2013. Resident Evil favorites Leon S. Kennedy, Chris Redfield and Ada Wong are joined by new characters, including Jake Muller, to face a new horror, the highly virulent C-virus, as the narrati… ve moves between North America, the war-torn Eastern European state of Edonia and the Chinese city of Lanshiang.With four distinct, yet interwoven story threads, each with their own pair of protagonists for either solo or co-op play, both offline and online, not only will Resident Evil 6 deliver both different perspectives and gameplay styles but, with the introduction of the innovative Crossover mechanic players will be able to team up and share the horror. At key moments during the game, up to four players can join together online to tackle a specific situation, with some stages seeing the usual partnerships swapped to further increase the depth of gameplay.Key Features Horror on a global scale - No longer confined to a specific location, the outbreak of the C-virus is worldwide with the action taking place in North America, Eastern Europe and China The most expansive Resident Evil game to date- Experience the horror through four distinct yet intertwined campaigns:Crossover Gameplay - Not only does each story cross paths, but so does the action - At significant points when the narrative draws pairs of characters together, the all new Crossover mechanic allows up to four players to experience the horror together onlineSolo or co-op play - Resident Evil 6 delivers both single and two player co-op gameplay either offline or online (however Ada Wong’s campaign is one player only)New threats on the rise - Confront the results of the C-virus in all its varied and deadly forms including zombies, J’avo, Chrysalids, and much more Agent Hunt Mode - In this all new online mode for the Resident Evil series, experience the action from the other side. As a `hunter’, join the enemy side to become one of the game’s zombies, J’avo or other C-virus mutations and infiltrate another active game session to eliminate the human characters.Play your way - Use skill points to upgrade your character to provide faster reload speed, improved firepower or increase your health bar with the Character Skill systemRedesigned control system - Resident Evil 6 features an evolved control system allowing players to shoot while moving; slide; roll in any direction and to take cover along with the addition of an enhanced melee attackMercenaries returns - Players will once more be able to enjoy the highly popular Mercenaries ModeThe Mercenaries No Mercy - An experience available only on your PC, this additional mode is packed with twice as many enemies as The Mercenaries!7 Additional Stages for the Extra Content Modes - Previously available for purchase as DLC for the console versions, these 7 additional stages come as *standard on the PC version. (*These stages are unlocked via achievements.)Left 4 Dead 2 Crossover Patch - Scheduled to be released for free via the April 5 2013 Title Update. Blast your way through The Mercenaries No Mercy as your favorite Left 4 Dead 2 characterswith the Infected appearing as enemies as well!Compatible with Console Version Feature Updates/RE.NET - The PC version is compatible with all of the latest features that have been added to the console versions, and is compatible with RE.NET too.Required ConfigurationWindows - MinimumOS:Windows Vista®/XP, Windows 7, Windows 8Processor:: Intel® CoreTM2 Duo 2.4 Ghz or better, AMD AthlonTM X2 2.8 Ghz or betterMemory:2 GB RAMGraphics:NVIDIA® GeForce® 8800GTS or betterDirectX®:9.0cHard Drive:16 GB HD spaceSound:Standard audio deviceOther Requirements:Broadband Internet connectionWindows - RecommendedOS:Windows Vista®/XP, Windows 7, Windows 8Processor:Intel® CoreTM2 Quad 2.7 Ghz or better, AMD PhenomTM II X4 3 Ghz or betterMemory:4 GB RAMGraphics:NVIDIA® GeForce® GTX 560 or betterDirectX®:9.0cHard Drive:16 GB HD spaceSound:Standard audio device®CAPCOM CO., LTD. 2012, 2013 ALL RIGHTS RESERVED.