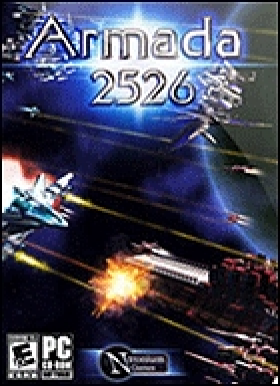 Although the game is complex, and the possible strategies endless, powerful help and advisor features, help you get up to speed quickly. Unlike many games in this genre, Armada 2526 focuses on providing a game that can be finished in a reasonable time, and emphasizes battle and strategy over economic micro-management. The game consists of two sections. The Star Map is where you run your empire:… manage your colonies, deploy your fleets, do research, and conduct diplomacy. It uses a turn based system, so you can take as long as you wish to plan your actions. However, once battle is joined, you switch to the battle module and fight it out in a real-time 3D system that brings to life the beauty and visceral carnage of space combat. Activation Key must be used on a valid Steam account. Features in Armada 2526: Turn based star map for moving fleets, managing colonies, performing research, and conducting diplomacy. Customizable map size and number of players, allowing you to construct tight 2 player confrontations, or huge galaxies with 50 or more players, and thousands of stars. Map designer included. Twelve animated alien races to play and battle against. Full featured diplomacy system, with a highly intelligent AI and options to ask favors, make demands, and issue ultimatums. More than 100 technology items to research, including advances in ship construction, ground defenses, biological warfare, and psychic powers. 3D Real-time battle system for fighting huge battles with 100 or more ships per side. Ground combat is integrated into the combat system, allowing marines to be landed to battle ground defenses while ship combat rages overhead. More than a hundred beautifully crafted ship models, including mighty dreadnaughts, long range missile cruisers, fighters, carriers, and asteroids for bombarding planets. Tough A.I. opponents. System Requirements: OS: Microsoft® Windows® XP SP3, Windows® Vista™ or Windows® 7™ CPU: Intel® Pentium® 2,4 GHz RAM: 2 GB Ram Video: 256 MB DX9 Compliant with PS 2.0 support

Other game releases by Iceberg Interactive