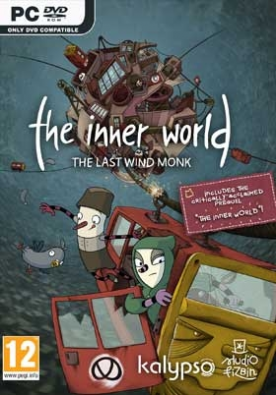 NOTE : Activation key must be used on a valid Steam account, requires internet connection. Supported languages – Captions: french / Audio: ENGLISH About the game Solve mind-bending puzzles in a world full of mystery and save the family of the flute-noses! The flute nose dynasty has been watching over Asposia for centuries on end. In secret, they fill the roly-poly world with light and l… ife. Emil, a trader for odds and ends, has led all the Asposians astray, making them believe that the dynasty is in cahoots with dark forces. Seriously, who knows what this weird family is doing day in, day out? The only one who could stop evil Emil is the heir to the flute nose throne: Robert. He has been petrified for three years, though. With a huge dose of enthusiasm, but little to no idea what he’s actually doing, he embarks on an adventure to find the legendary last wind monk. Of course, he has some great company: Peck, as loyal as he is flightless, and Laura, a rebel who certainly does fly, but only off the handle and who is Robert’s love with a capital L, by the way. A final ray of hope is provided by the mysterious Mama Dola, who seems to know more about Robert’s destiny than Robert himself… Key features Experience the fun and moving sequel to “The Inner World” (you don’t need to know the first part!). Save the flute noses from persecution and evil Emil! Hours of fun brainteasers await you: find the last wind monk, cause trouble in a tumble mouse factory, play with Uncle Oboe for some toilet paper in prison, help a desperate Bingo-Pony become happy once again, bring the adorable baby gorf back home and save Asposia! Again! Navigate Robert and Laura, those charming Asposians, through the game. And now you can even operate the nutty pigeon, Peck. There are new sites for you to discover! Including the topsy-turvy airport “Asposia Central”, the quirky tumble mouse farmers and the mysterious Shovel Mountains. Practice new songs on your magic flute nose and activate ancient artefacts. Beautiful hand-drawn adventure for people quick on the draw. Hilarious dialogues in awesome sound quality. The Asposian puzzle help: Provides you with hints when you’re as clueless as Robert – completely spoiler-free of course. Available for most any operating system or console – except the Gameboy! system requirements Windows - Minimum OS: Microsoft® Windows® XP, Windows Server 2008, Windows Vista® Home Premium, Business, Ultimate, or Enterprise (including 64 bit editions) with Service Pack 2, Windows 7, or Windows 8 Classic Processor: 2.33GHz or faster x86-compatible processor, or Intel Atom™ 1.6GHz or faster processor for netbook class devices RAM: 2 GB RAM HDD: 1600 MB available space Mac - Minimum OS: Mac OS X v10.6, v10.7, or v10.8 Processor: Intel® Core™ Duo 1.83GHz or faster processor RAM: 2 GB RAM HDD: 1600 MB available space Linux - Minimum OS: Ubuntu 12.04 Processor: Intel® Core™ Duo 1.83GHz or faster processor RAM: 2 GB RAM HDD: 1600 MB available space

Other game releases by Kalypso Media