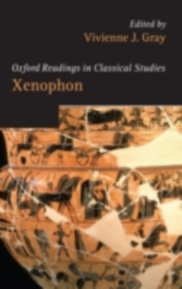 Xenophon's many and varied works represent a major source of information about the ancient Greek world: for example, about culture, politics, social life and history in the fourth century BC, Socrates, horses and hunting with dogs, the Athenian economy, and Sparta. However, there has been controversy about how his works should be read. This selection of significant modern critical essays will intr… oduce readers to the wide range of his writing, the debates it hasinspired, and the interpretative methodologies that have been used. A specially written Introduction by Vivienne J. Gray offers a survey of Xenophon's works, an account of his life with respect to them, a brief discussion of modern readings, reference to modern scholarship since the original publicationof the articles, and a critical summary of their content. Several articles have been translated for the first time from French and German, and all quotations have been translated into English.