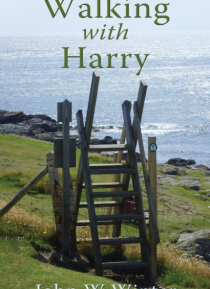 When Harry Birch is elected to the committee of the Thurston Ramblers, Mrs Olive Jonstone, president and founder, is horrified. In her eyes Harry is not a serious walker, he prefers low-level, fine weather walks within easy reach of pubs and tea shops. Olive however is made of sterner stuff. She relishes the challenge of fell and mountain walks - whatever the weather. Her hero and role model is … Mr Wainwright, but Harry sees her as a female version of Captain Mainwaring - bossy and humourless. Inevitably sparks fly between them, much to the amusement of the other members of the club during their walks in the Forest of Bowland, Snowdonia, Teesdale, the Isle of Man and the Lake District. John W. Winter has drawn on his 25 years experience leading walks in the UK and France to create the humourous novel Walking with Harry, which will appeal to walkers, ramblers and anyone who enjoys a good chuckle.