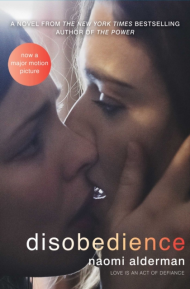 One of the four Operations Commanders of the World Trade Center site chronicles the rescue and recovery mission at Ground Zero from September 11, 2001, through the end of operations on May 30, 2002, while telling the story of his own struggle to make peace with all that he saw there. On the morning of 9/11, the Port Authority Police Department was the first uniformed service to respond to the at… tack on the World Trade Center. When the towers collapsed, thirty-seven of its officers were killed -- the largest loss of law enforcement officers in U.S. history. That afternoon, Lieutenant William Keegan began the work of recovery. The FDNY and NYPD had the territory, but Keegan had the map. PA cops could stand on top of six stories of debris and point to where a stairwell had been; they used PATH tunnels to enter &quotethe pile&quote from underneath. Closure includes many never-before-told stories, including how Keegan and his officers recovered 1,000 tons of gold and silver from a secret vault to keep the Commodities Exchange from crashing; discovered what appeared to be a black box from one of the planes that hit the towers; and helped raise the inspirational steel beam cross that has become the site's icon. For nine brutal months, the men at Ground Zero wrestled with 1.8 million tons of shattered concrete, twisted steel, body parts, political pressure, and their own grief. Closure tells the unforgettable story of their sacrifice and valor, and how Keegan led the smallest of all the uniformed services at the site to become the most valuable.

Other ebooks releases by William Keegan