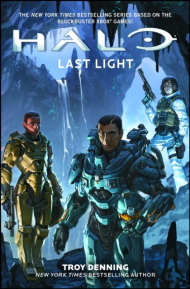 An original novel set in the Halo Universe and based on the New York Times bestselling video game series!It is 2553, and the three-decade long Covenant War that defined a generation has suddenly drawn to a close. Yet, in the remotest parts of human space, tensions remain that threaten to overflow into another full-scale conflict. Beneath the surface of the planet Gao lies a vast cavern system reno… wned for its therapeutic effects and rumored miraculous cures. But now Gao natives are turning up brutally murdered down thereviolent acts that happen to coincide with the recent arrival of a UNSC research battalion protected by Spartan Blue Team, led by the renowned Spartan-II Fred-104. Maverick detective Veta Lopis of the Gao Ministry of Protection is only trying to do her job as the Special Inspector assigned to catch a serial killerone who is possibly hiding within the Spartan ranksbut she never anticipates the situation spiraling out of control into an all-out crisis. When Gao is revealed to harbor ancient Forerunner technology that could solidify the UNSCs military supremacy for centuries to come, Insurrection loyalists within the planetary government will do anythingeven align with a vicious faction of what remains of the Covenantto ensure that never happens

Other ebooks releases by Troy Denning