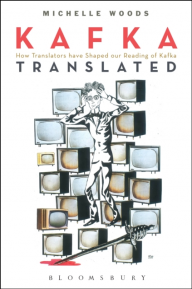 Kafka Translated is the first book to look at the issue of translation and Kafka's work. What effect do the translations have on how we read Kafka? Are our interpretations of Kafka influenced by the translators' interpretations? In what ways has Kafka been 'translated' into Anglo-American culture by popular culture and by academics? Michelle Woods investigates issues central to the burgeoning fiel… d of translation studies: the notion of cultural untranslatability; the centrality of female translators in literary history; and the under-representation of the influence of the translator as interpreter of literary texts. She specifically focuses on the role of two of Kafka's first translators, Milena Jesenska and Willa Muir, as well as two contemporary translators, Mark Harman and Michael Hofmann, and how their work might allow us to reassess reading Kafka. From here Woods opens up the whole process of translation and re-examines accepted and prevailing interpretations of Kafka's work.