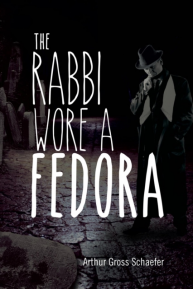 Rabbi Elijah Daniels experiences more than a little anxiety when he agrees to tour Germany. His good friend, Pastor Dan Winter, assures him it will be a good experience and the Evangelical students he would accompany would benefit from a rabbi's perspective as they tour the country. The rabbi nonetheless worries about how he will respond to the nation that massacred more than six million Jews duri… ng World War II. After his arrival, though, he encounters more challenges than he bargained for. He becomes the prime suspect in the murder of a cleaning woman who lives in the institute where he is staying. A brown shirt with a yellow Star of David, his tzedakah dollar found in the murdered woman's hand, and a determined German police kommissar mean serious danger for Rabbi Daniels, who worries he might not be able to solve the mystery of the woman's death before finding himself behind bars. What does the secret group that meets on the institute's second floor have to do with it? Could the young Arab woman's murder have been an honor killing? And why is the rabbi being set up? Follow Rabbi Daniels as he searches for clues to the killer or killers, all the while tailed by a very suspicious kommissar.