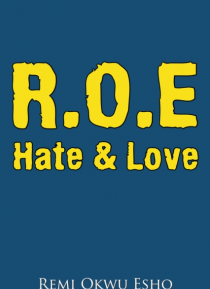 Roe was a boy that was living with the rule of his country, a rule that was his father, a rule that lost his life fighting for his country. As Roe lost his family was slavered by orcs, orc that took of him, orc that took him as slave, orc that training him to defend himself Roe was in the middle of war until for some reason the war was stop leaving the middle world in totally peace A peace that wa… s Roe chance to win his freedom again back. a freedom that only was given once a hundred years, Roe that was only was thirteen years old only. Roe that was as the weaker, Roe that was trained by the orc, and supernatural human, demons, and orc that were fear through the underworld and the middle world.