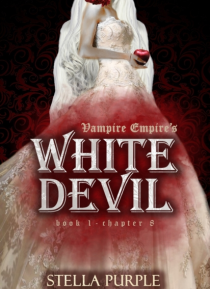 #1 Bestselling Commission Writer & International Award-Winning Graphic Designer presents: a paranormal action romance.&quoteThere are no dark princes that will sweep you off your feet into an eternal world in this land, but their looks sure can drive the mortals mad. Care to take a bite, dear?&quote Amethyst zi Britannia.In an alternate universe, the world is divided into 12 major supernatural s… pecies, each living in their own continent. Each species has their own opposition, and for the vampires, it's the hunters.Amethyst is a pureblood vampire princess and heiress to the throne. She likes to have everything perfectly in order, but the truth is, danger is always one step away from harming her beloved ones.Altore, her brother, can't seem to stop picking fights with her fianc Vallnce. Elric is their younger brother, and something sinister has been brewing in him since their mother's death. Scarlet is their cousin and her adopted son, orphaned when his parents were killed when he was a newborn. Julius, her father and emperor, is battling constant depression from losing his wife in a crossfire. These deaths only prove that being an immortal is just a fragile eternity.Before she can get her happy ending, she must fight for peace and justice. A rebellion leader has infiltrated their empire's border, and the revelation of his identity will make her want to undo every single mistake of their lives.

Other ebooks releases by Stella Purple