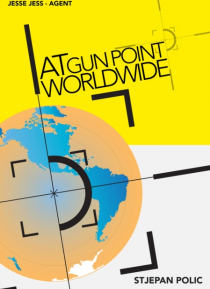 Ending his mission on the Caribbean and Colombia agent Jesse Jess didn't think this part of the world will be playground for another missions in very near future. His loyalty and devotion to his friends pushed him and his team into secret fight against traffickers and drug dealers. Actions did spread across three continents in very narrow timeframe ... nevertheless of short time between missions h… e found enough space to take care about his closest persons, spending some lovely days with them, making some improvements in his private life. Rhythm of deadly missions and his efficiency in solving all obstacles in front of him confirmed his status of the best agent on the market, pushing numerous employers to offer always higher contracts on their hunt on him, wishing to have such a man in their ranks. Reading this fictional story you will become witnesses of its deadly force discovering in the same emotions of our hero agent and his decision to change or not to change the chair on which he is sitting. Estimate readers do not miss an opportunity to follow double J on his way across the globe!

Other ebooks releases by Stjepan Polic