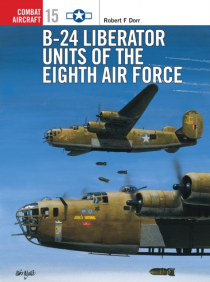 The B-24 Liberator was built in greater numbers than any other US warplane, yet its combat crews live, even today, in the shadow of the less plentiful, but better-known, B-17. Accounts of the 'Mighty Eighth' in Europe, and indeed many of the books and films that emerged from the greatest air campaign in history, often overlook the B-24, even though it was in action for as long as the Flying Fortre… ss, and participated in just as many perilous daylight bombing missions.