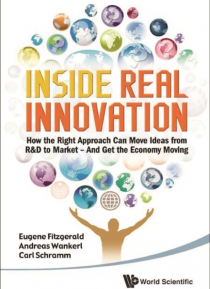 Steve Berry's bestselling thrillers have mesmerized suspense fans around the world, but his novels alone can't contain all the exciting exploits of death-defying agent Cotton Malone and his smart, sexy sidekick, Cassiopeia Vitt. Catch all the action between the blockbusters in this trio of suspenseful short stories that capture Cotton and Cassiopeia at their history-hunting, heart-stopping best. R… ead them as prequels to Cotton's full-length epics or stunning stand-alone adventures. Either way, this eBook bundle packs all the punch adrenaline junkies have come to expect from the bold imagination of Steve Berry. ';In Malone, Berry has created a classic, complex hero.'USA Today THE BALKAN ESCAPE Prequel to The Emperor's Tomb As a favor to enigmatic billionaire Henrik Thorvaldsen, Cassiopeia Vitt treks into Bulgaria's Rila mountains in search of a buried stash of exceedingly rare artifacts from a bygone civilization: the ancient tomb of a Thracian king. But when her presence is discovered by a shadowy group of Russians secretly mining the area, she needs a way out. Whom can I trust? becomes the question, and her life depends on making the right decision. THE DEVIL'S GOLD Prequel to The Jefferson Key For eight years he's been plotting, waiting, scheming to kill Federal agents Christopher Combs and Cotton Malone, whom he blames for the loss of his career. But as rogue agent Jonathan Wyatt prepares for a final confrontation in a remote South American village, he makes a discovery that stretches back to the horrors of World War II, to the astounding secret of a child's birth, to Martin Bormann and Eva Braunand to a fortune in lost gold. THE ADMIRAL'S MARK Prequel to The Columbus Affair Cotton Malone never cared for the shady dealings of his brother-in-law, Scott Brown. But after Scott dies while scuba diving, Malone heads to Haiti where he learns that, beneath the crystal clear waters, his brother-in-law had found the sunken wreckage of the Santa Maria, the fabled flagship of Christopher Columbus. Setting out to piece together what happened, Malone quickly realizes that he's not the only man there with questionsand that he'll have to fight just to get out of Haiti alive.

Other ebooks releases by Steve Berry