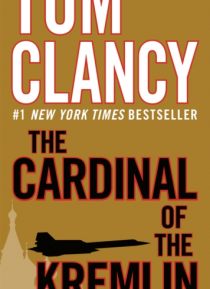 In this electrifying #1 New York Times bestselling thriller from Tom Clancy, a silent war between the USA and Russia will decide the fate of the worldand Jack Ryan is behind enemy lines.Two men possess vital data on Russia's Star Wars missile defense system. One of them is CARDINALAmerica's highest agent in the Kremlinand he's about to be terminated by the KGB. The other is the one American who ca… n save CARDINAL and lead the world to the brink of peace...or war.

Other ebooks releases by Tom Clancy