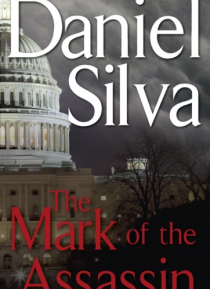 CIA Agent Michael Osbourne stars in this suspenseful series from the #1 New York Times bestselling author of the Gabriel Allon novels. When a commercial airliner is blown out of the sky off the east coast, the CIA scrambles to find the perpetrators. A body is discovered near the crash site with three bullets to the face: the calling card of a shadowy international assassin. Only agent Michael Osbo… urne has seen the markings beforeon a woman he once loved. Now, it's personal for Osbourne. Consumed by his dark obsession with the assassin, he's willing to risk his family, his career, and his lifeto settle a score A PEOPLE PAGE-TURNER OF THE WEEK

Other ebooks releases by Daniel Silva