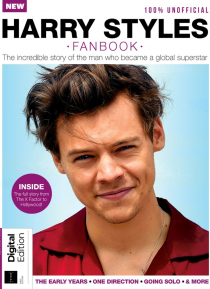 Boyband heartthrob, fashion icon, Hollywood actor and acclaimed singer-songwriter – Harry Styles is one of the most famous men in the world. Rediscover his meteoric rise to fame and delve into the secrets of his skyrocketing solo success. From The X Factor to One Direction and Holmes Chapel to Hollywood, Harry Styles has made his name as a multi-talented singer-songwriter, actor, fashion icon an… d cover model. Harry's self-titled debut solo album was released in 2017 to critical acclaim, and his first world tour sold out in seconds. Now, nearly 10 years after his X Factor debut – and with a second solo album on the way – Harry's star continues to rise.