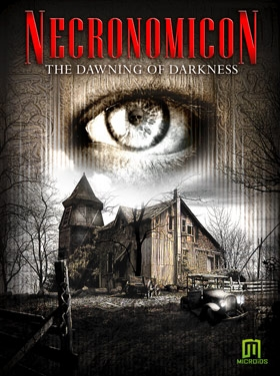 ABOUT THE GAME Includes the e-guide. 1927. East Coast of the United States. The life of William H. Stanton rocks suddenly in the anguish more terrifying. Which monstrous secrecy haunts his friend of childhood ? That would have it a relationship with the mysterious ones occult experiments of the alchemist G. Herschel, however disappeared in 1771 ? And what means the esoteric formules of th… e Necronomicon ? Cornerstone of the Lovecraft's imaginary, Necronomicon, collection of the highest occult secrecies, open to the player the doors of the world of the dead ones. Will dare it to cross them and face terror ? Exploration, reflexion, action : the magic formule of Necronomicon. Haunt strange places, question seizing characters of realism, discover the invaluable clues to overcome the tests of your investigation in the heart of the mystery. SYSTEM REQUIREMENTS Pentium 233 Mz 16Mo RAM (32Mo recommended) Thousands colors video card Sound Card (16 bits)