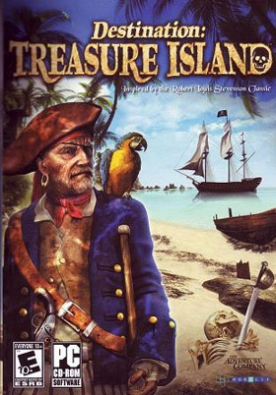 ABOUT THE GAME Freely inspired by Robert Louis Stevenson's novel... 4 years have passed since the end of the adventure recounted in Robert Louis Stevenson's novel.Jim Hawkins has become an upstanding adventurous young man, attentive to those around him.Imagine his surprise when, one morning, he sees a parrot enter his bedroom window : none other than Captain Flint, Long John's own companion.The b… ird brings him a message from his master. In the message the old pirate announces that he has buried a marvelous treasure on the secret isle where he retired : Emerald Island.Jim is going to have to hurry though. Pirates, old enemies of Long John, are on his trail. KEY FEATURES An eye-catching theme : Continuation of the well-known novel of Stevenson, Treasure Island: find again the famous characters as Long John Silver or the mythical pirates created by Stevenson A strong theme: pirates and treasure hunts fascinate generations of parents and kids A fascinating universe : Photorealistic backgrounds that will transport you into a heavenly island Varied environments: visit 23 different locations on the island, from the Birds glade to the Bloody river A videogame for all! Easy control systemHelp to the player through the Captain Flint, the famous Long John Silver's parrot Intuitive and innovative inventory thanks to the possibility to combine objects that allows more realistic puzzles A real wealth of content A gripping adventure: freely tour the island and interact with the various characters Dozens of puzzles varied based on survival, Maya vestiges... 2 different beginnings possible that offer a higher replay value SYSTEM REQUIREMENTS Windows 98SE/ME/2000/XP Pentium III 800 MHz processor 64 MB RAM 64 MB graphic card, DirectX 9 compatible DirectX 9 compatible sound card 1.3 GB hard disk space