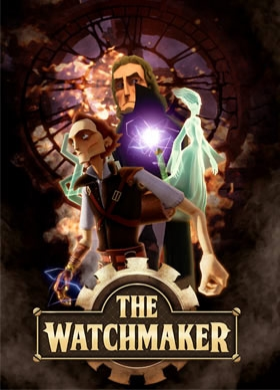 NOTICE: Activation key must be used on a valid Steam account. Requires internet connection. About the game In The Watchmaker, a puzzle-adventure game, players take on the role of Alexander. In his steampunk world of giant clock mechanisms, Alexander’s routine involves repairing his precious clock tower every day, adjusting its mechanisms, oiling the gears and polishing everything down t… o the smallest piece. For years, this is the only life he has known. But one day Alexander is awakened by a mysterious voice. This disembodied voice alerts him that something has gone wrong: someone, some unknown being, has sabotaged his beautiful tower. With the clock not working properly, time has gone mad. Consequently, Alexander starts ageing abnormally quickly, leaving him only a handful of time to repair the damage. Guided by the mysterious voice and armed with a magnetic glove and a bag of time bombs, he must search the halls and arcades of the tower in search of the saboteur. Various obstacles, enemies and riddles buried in the clock’s intricate mechanisms stand in his way. But Alexander must push on to save the clock and restore time to its natural rhythm, all while gradually uncovering the mysteries of the tower and its even stranger past. Key Features Steampunk puzzle-adventure set in 5 extensive locations Diverse gameplay, with a mix of exploration, puzzles, platforming action and boss fights Environmental puzzles and special gadgets to solve them, such as magnetic gloves and time bombs Unique ageing process that replaces the usual health bar System Requirements Windows - Minimum OS: Windows 7 / 8 / 10, 32 or 64 bit Processor: Intel(R) Core(TM) i5-3570K CPU @3.40GHz Memory: 8 GB RAM Graphics: GeForce GTX 660, Radeon HD 7870, 2GB VRAM Storage: 8 GB available space Sound Card: Windows Compatible Card Windows - Recommended OS: Windows 7 / 8 / 10, 32 or 64 bit Processor: Intel(R) Core(TM) i7-6700 CPU @3.40GHz Memory: 16 GB RAM Graphics: GeForce GTX 1060, RX 580 or similar Storage: 8 GB available space Sound Card: Windows Compatible Card © 2018 1C Company. Developed by Micropsia Games. All rights reserved.